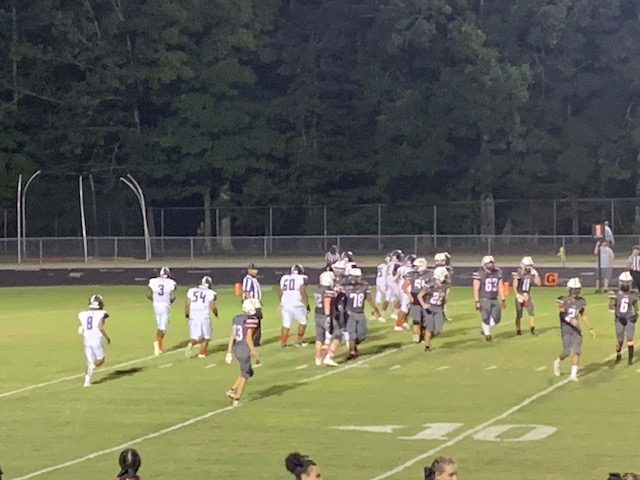 The Gloucester High school football team played in their homecoming game this past Friday, against Denbigh High School. Gloucester went into this game with no wins in the season, but the team was very confident that this would be the one to win.

The game was a blow out with Gloucester dominating the whole game. The game was a 42 – 0 win for the Gloucester Dukes. Their first win of the season. According to the Head coach of Gloucester High School, the people who scored during the game were Tripp Roady, KJ Williams, Carson Smith, William Turner, Jalen Boruassard. Tripp Roady was the only player to score twice.

The Dukes had their best offensive game of the year and it couldn’t have come at a better time. It was a big win for the dukes, and they are hoping to capitalize on the momentum for the remainder of the season.